The scope of this project was to perform fatigue and plastic collapse analyses on a waste heat boiler that was used to cool raw syngas from the outlet of the gasifier.  The thermal energy of the gas is used to produce High Pressure (HP) saturated steam on the shell side of the waste heat boiler.

Fatigue Analysis:  A Three-Dimensional (3D) Finite Element Model was developed to perform Finite Element Analysis (FEA) for the boiler.  Fatigue analysis was performed to determine the permissible number of cycles remaining for the tubes which were to be salvaged.

Plastic Collapse Analysis:  This analysis was a supplement for salvaging the boiler tubes.  The analysis was performed to determine the safety of the waste heat boiler in the event that a tube, or tubes, would fail. 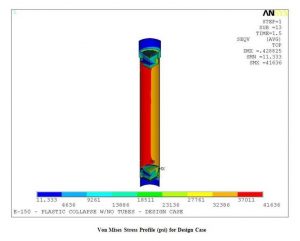 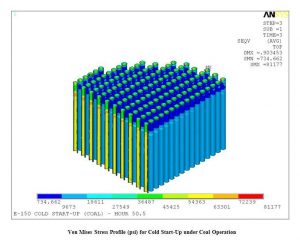 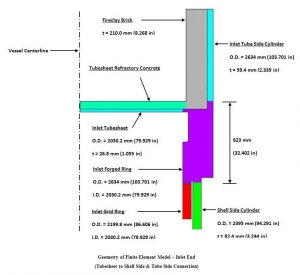 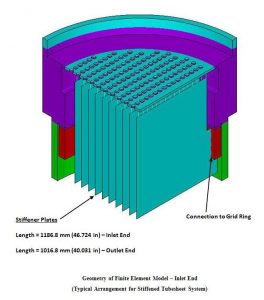 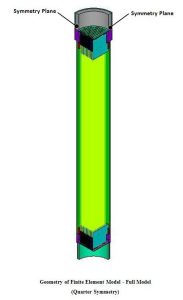