Openso was requested to determine potential factors causing misalignment in a heat exchanger and associated piping system. The misalignment was determined to be caused by the thermal expansion and contraction of the piping system relative to the flanges of the heat exchangers. The accumulation of plastic strain, and therefore permanent deformation at weaker sections of the piping resulting from thermal expansion, was instrumental in the formation of the total misalignment. 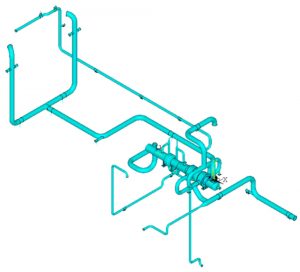 General Layout for the Piping System 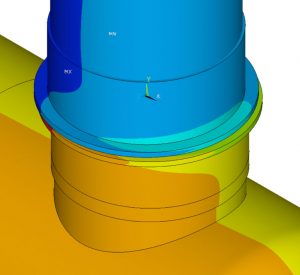 Total Misalignment in the Piping Flange to Pump Connection